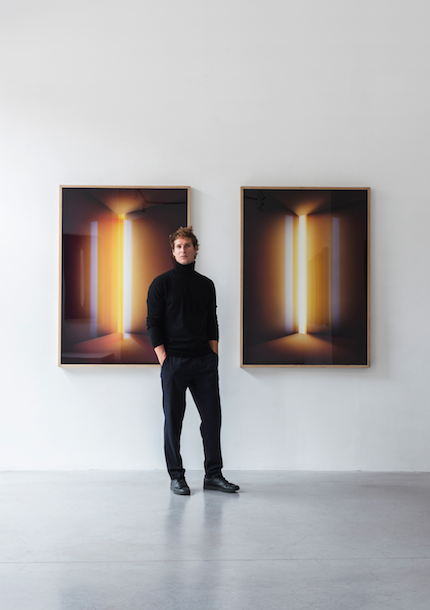 In 2018, he obtained a mention from the Academie des Beaux-Arts in Paris for the Pierre David-Weil award.

In 2020 he participated in a year long residency at the Casa Velazquez in Madrid. 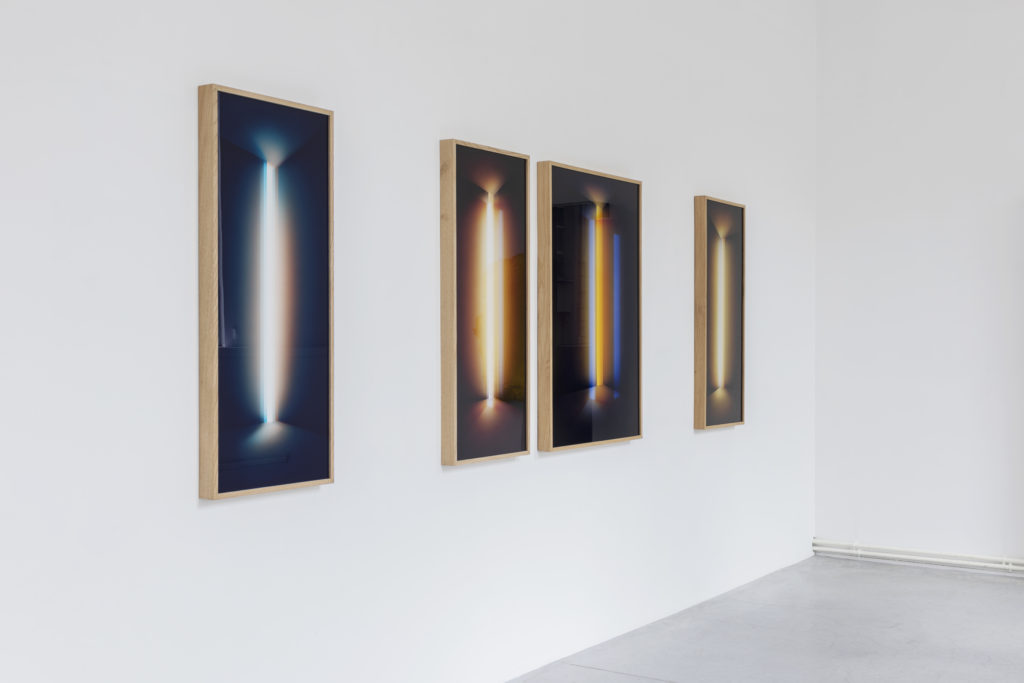 Using the black of Indian ink, Justin Weiler creates a ‘’painting-sculpture’’ full of contrasts and questions of limits. Boundaries between interior and exterior, but also between photography and drawing. Justin also uses urban materials in large format. While playing on the trompe l’oeil, borders and materials to awaken surprise and sow doubt in the viewer.

When using cyan, magenta and yellow, unmixed but superimposed, he gives color a ‘’new birth’’.

Both approaches for Justin Weiler are the same. There is always a need to hide and conceal each layer of paint. Covering a little more glass to erase the transparency. However a part of the drawing left blank comes to reveal an architectural space that structures each painting. The motifs follow one another and therefore link the paintings together. A framework is created that takes us on a linear journey. In the motif, spectres appear, ‘’spirits’’, perspective apparitions projecting us into the painting.

By meticulously covering the glass, a strata-like, superimposed effect emerges, almost as a photograph. Allowing light to enter by a precise protocol, determined by Justin. It is in the untouched part of the paintings that reveal the light and depth. These things intermingle, until one does not know any more if the light influences the perception of the color or the other way around. 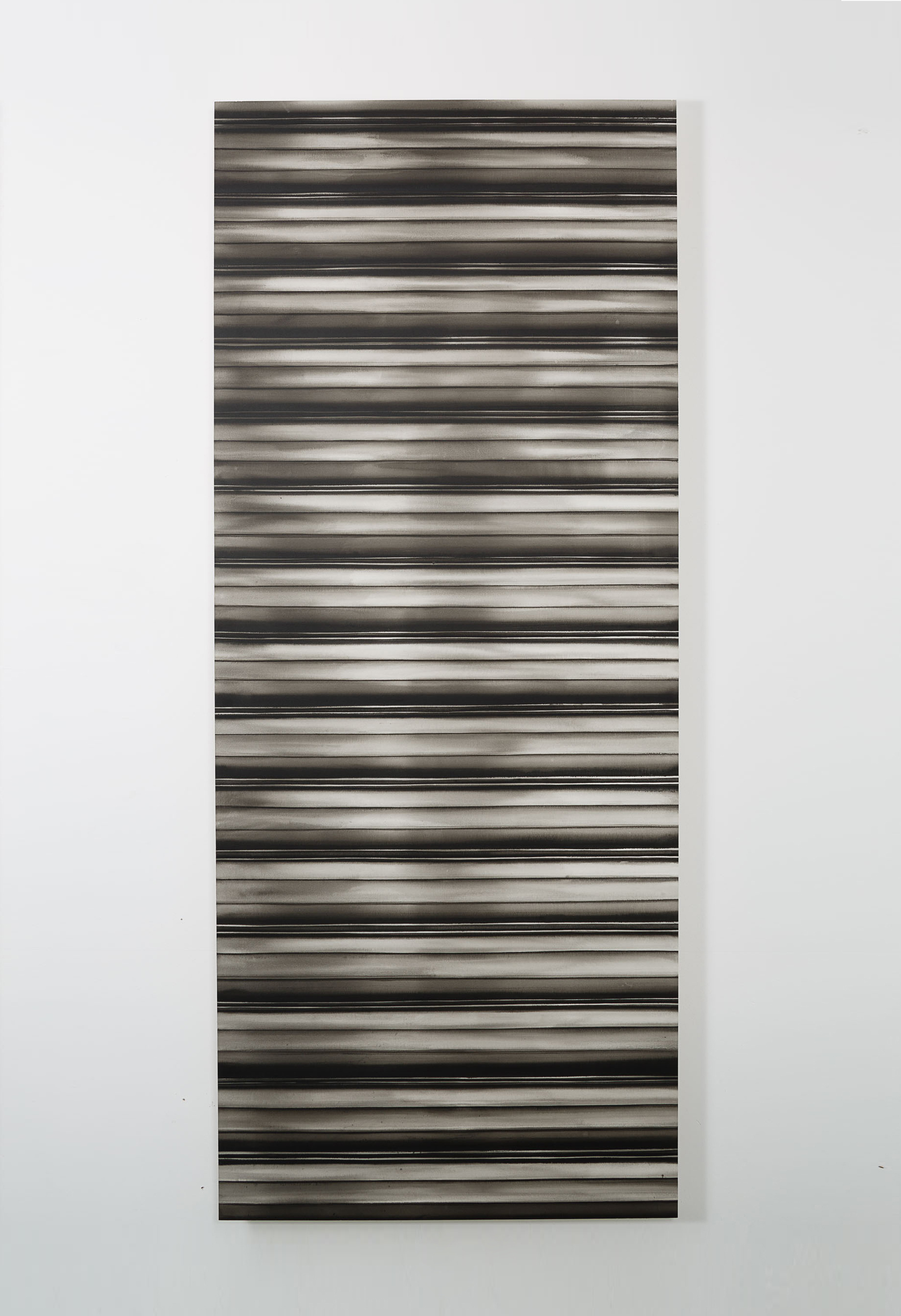 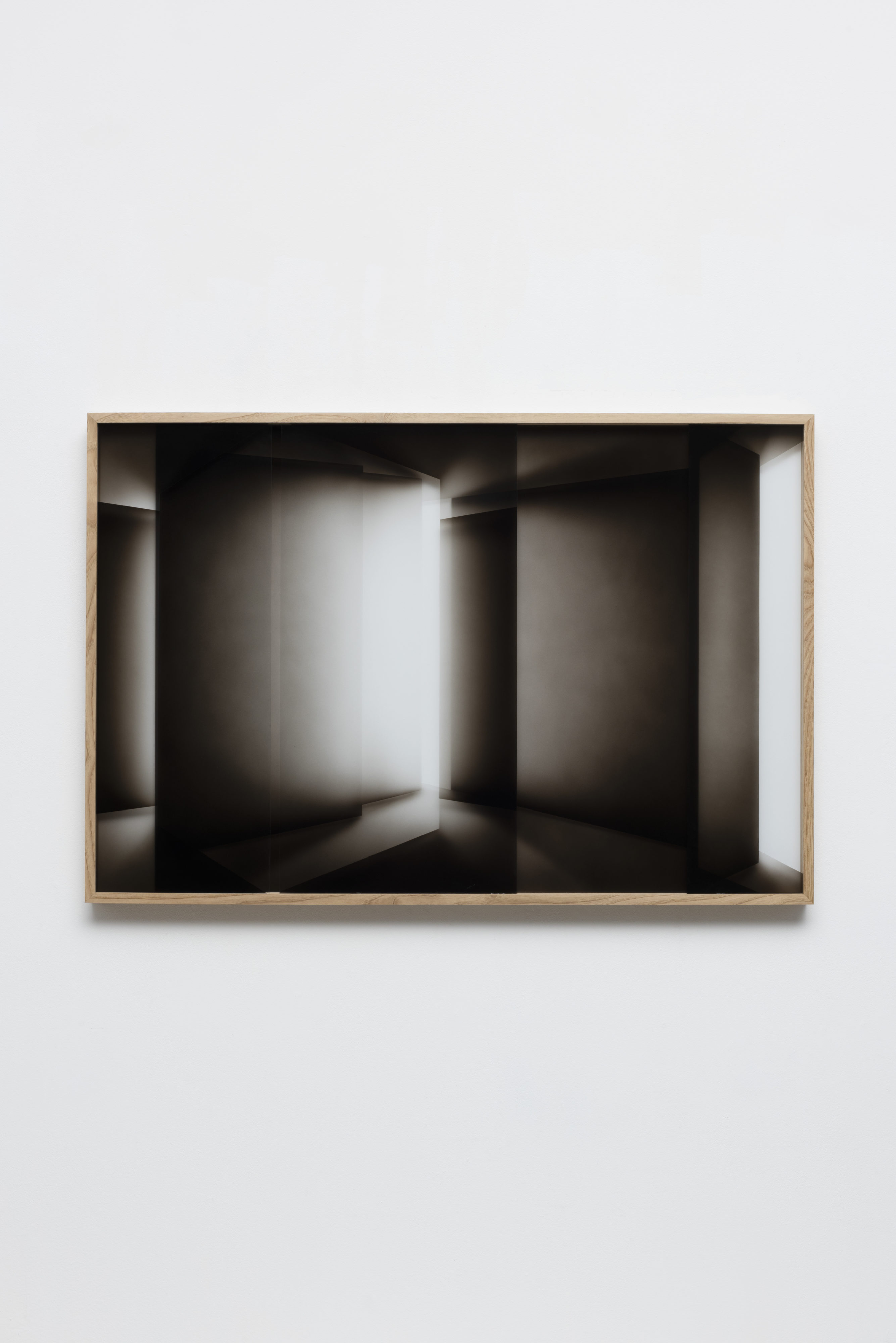 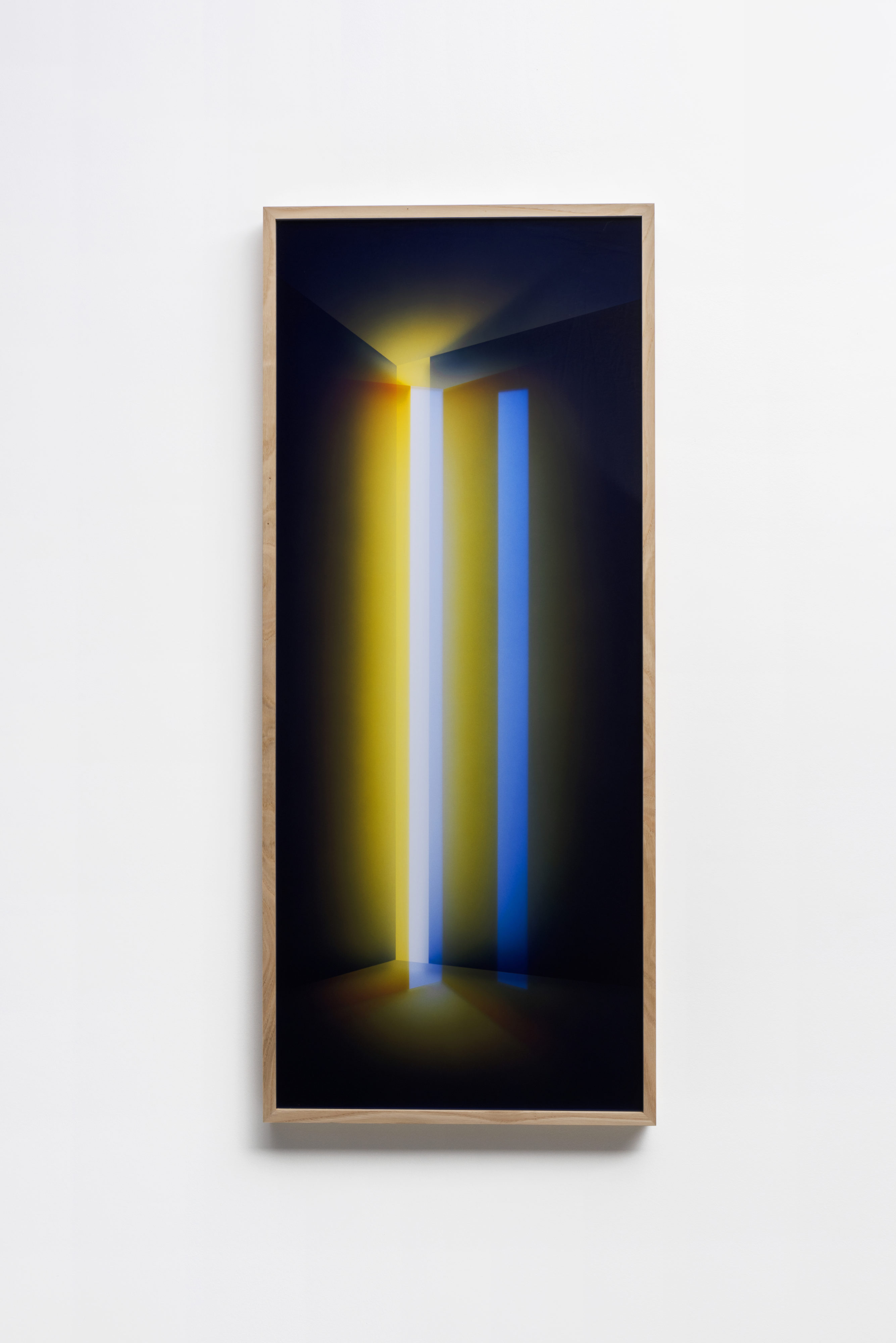 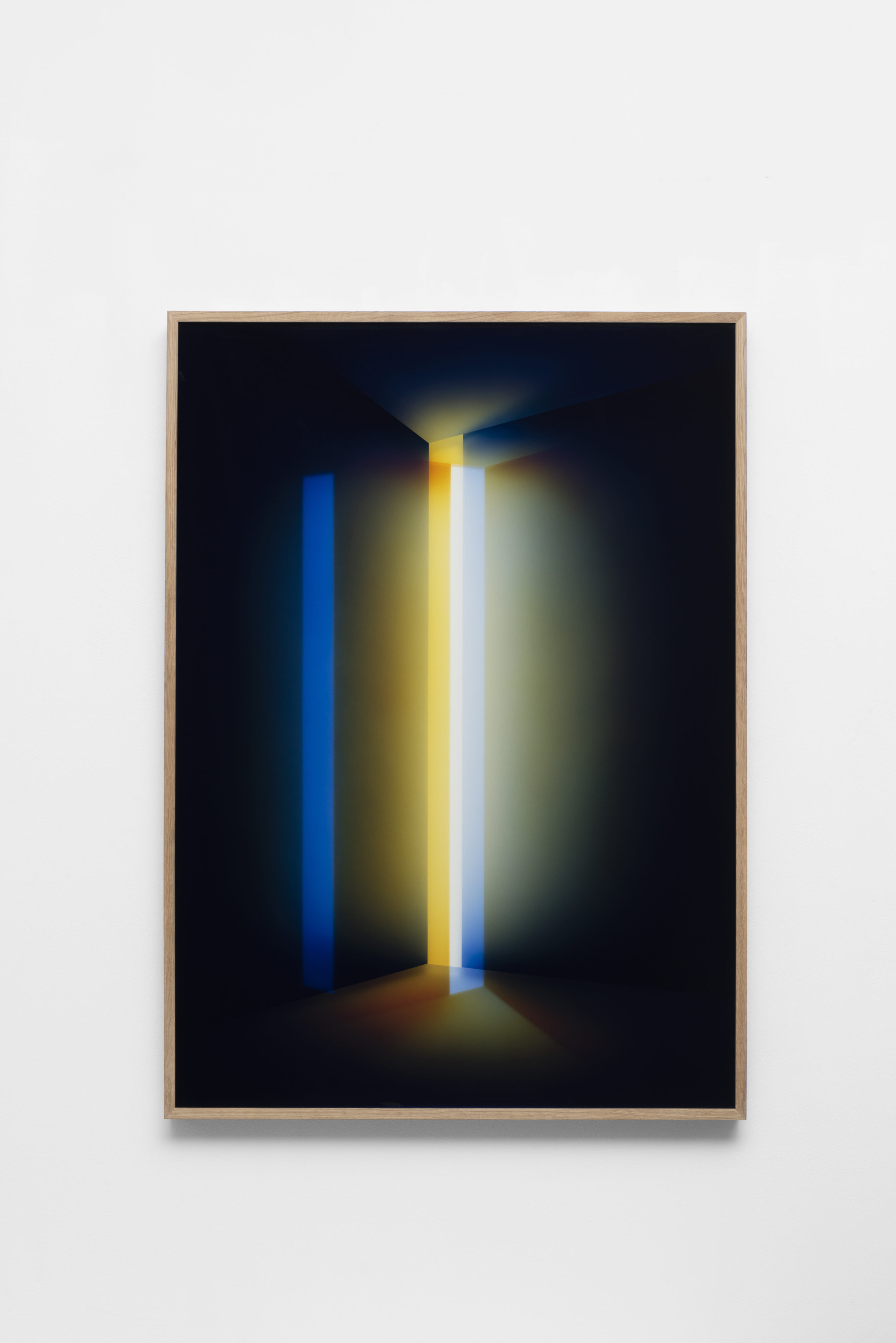 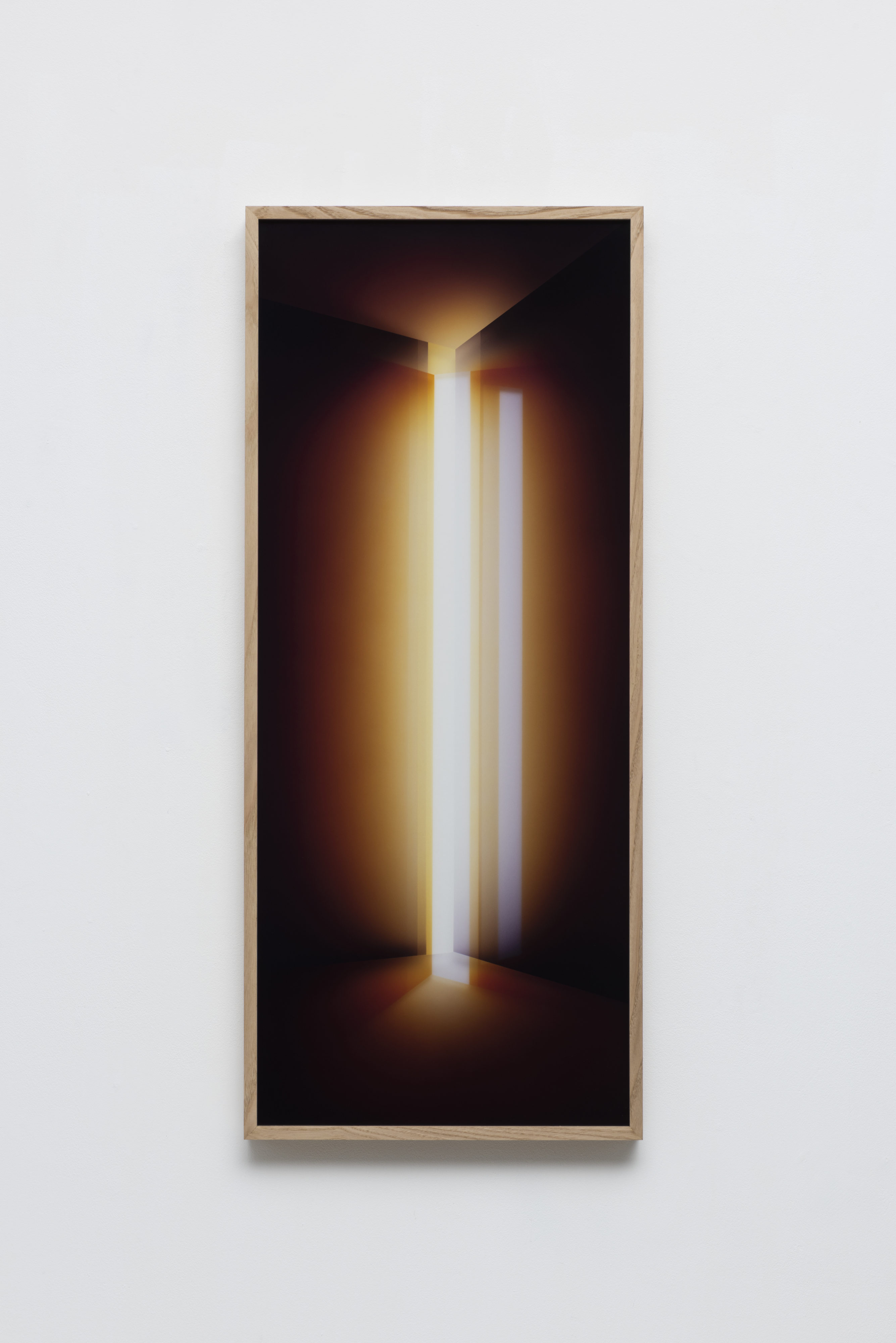 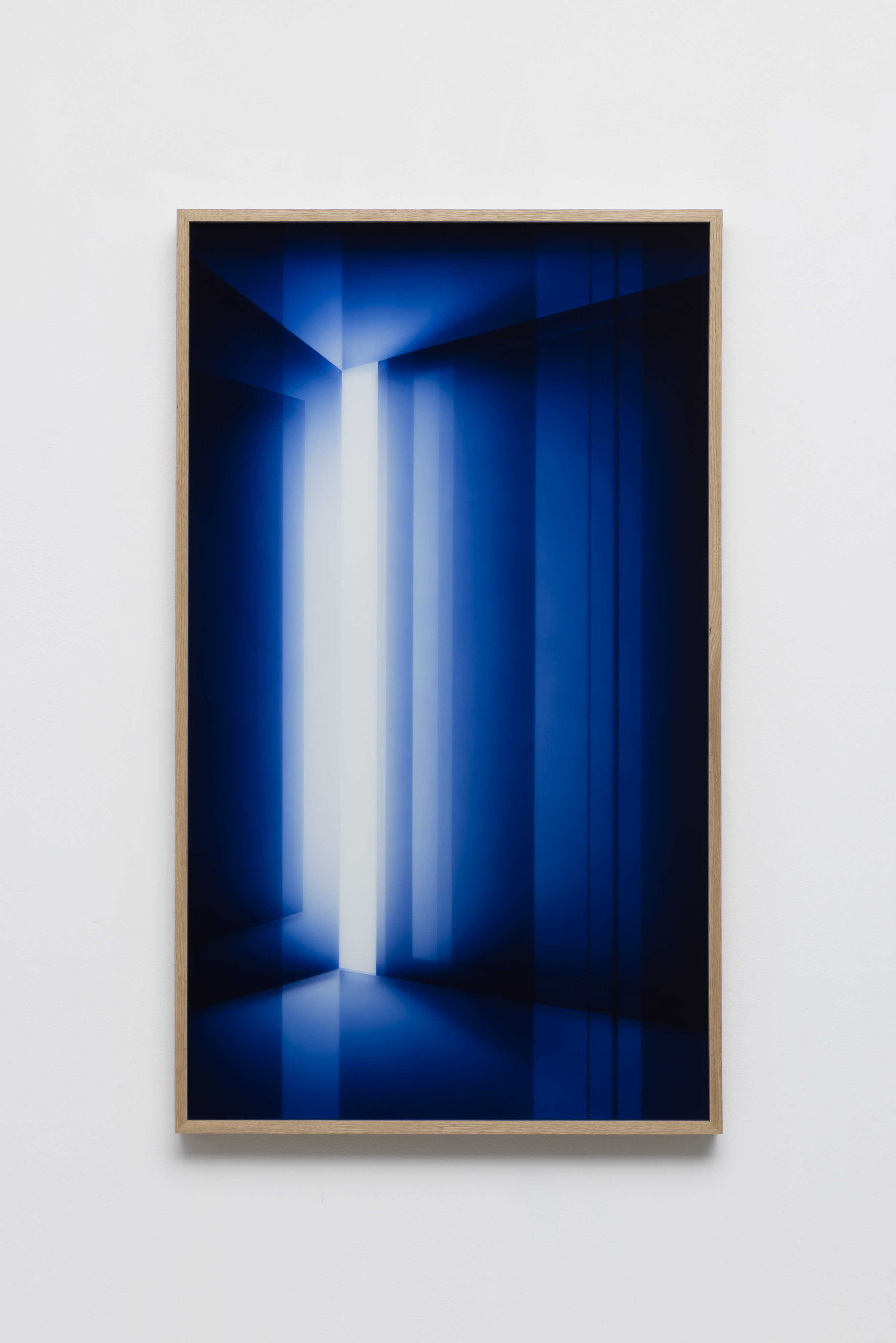 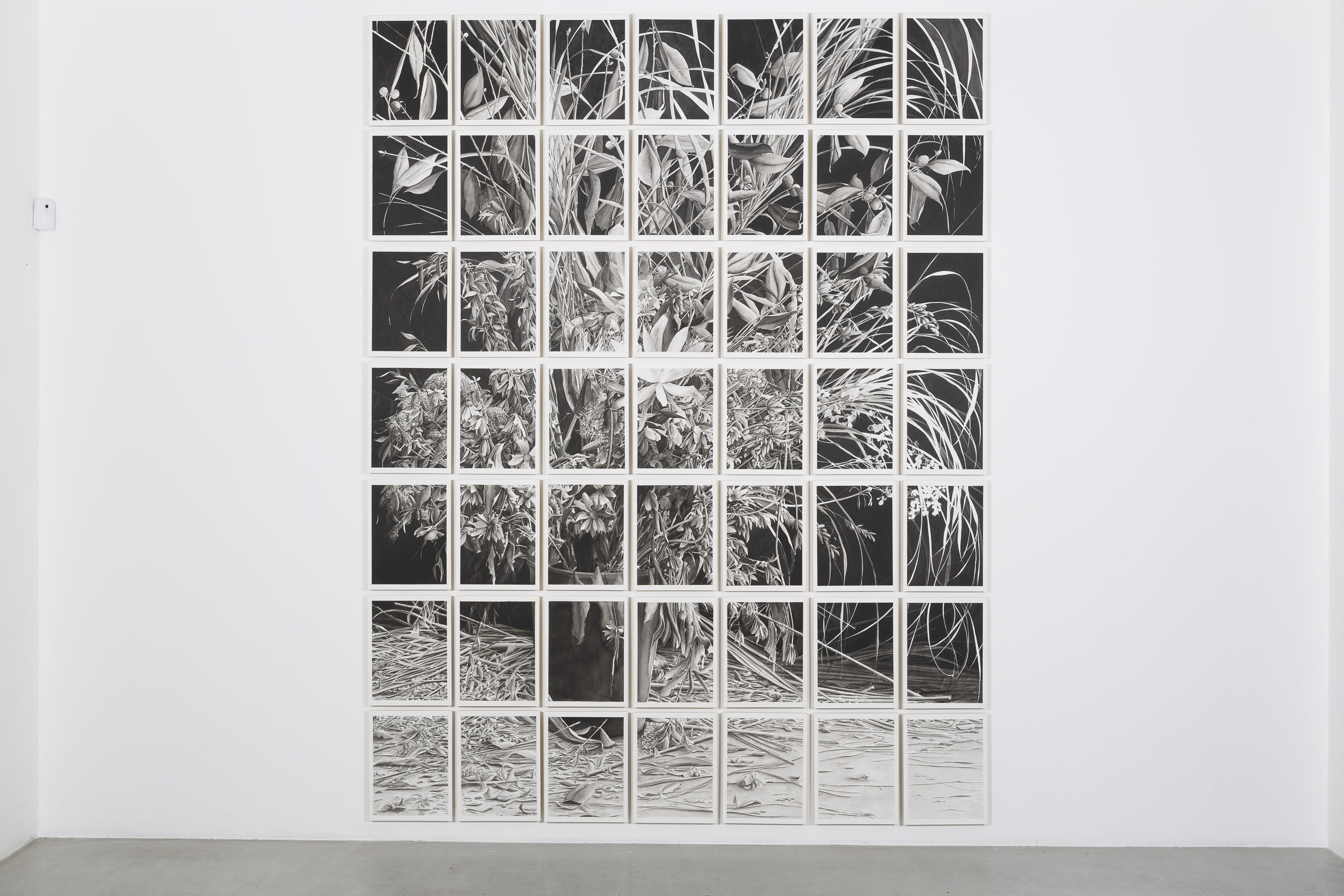 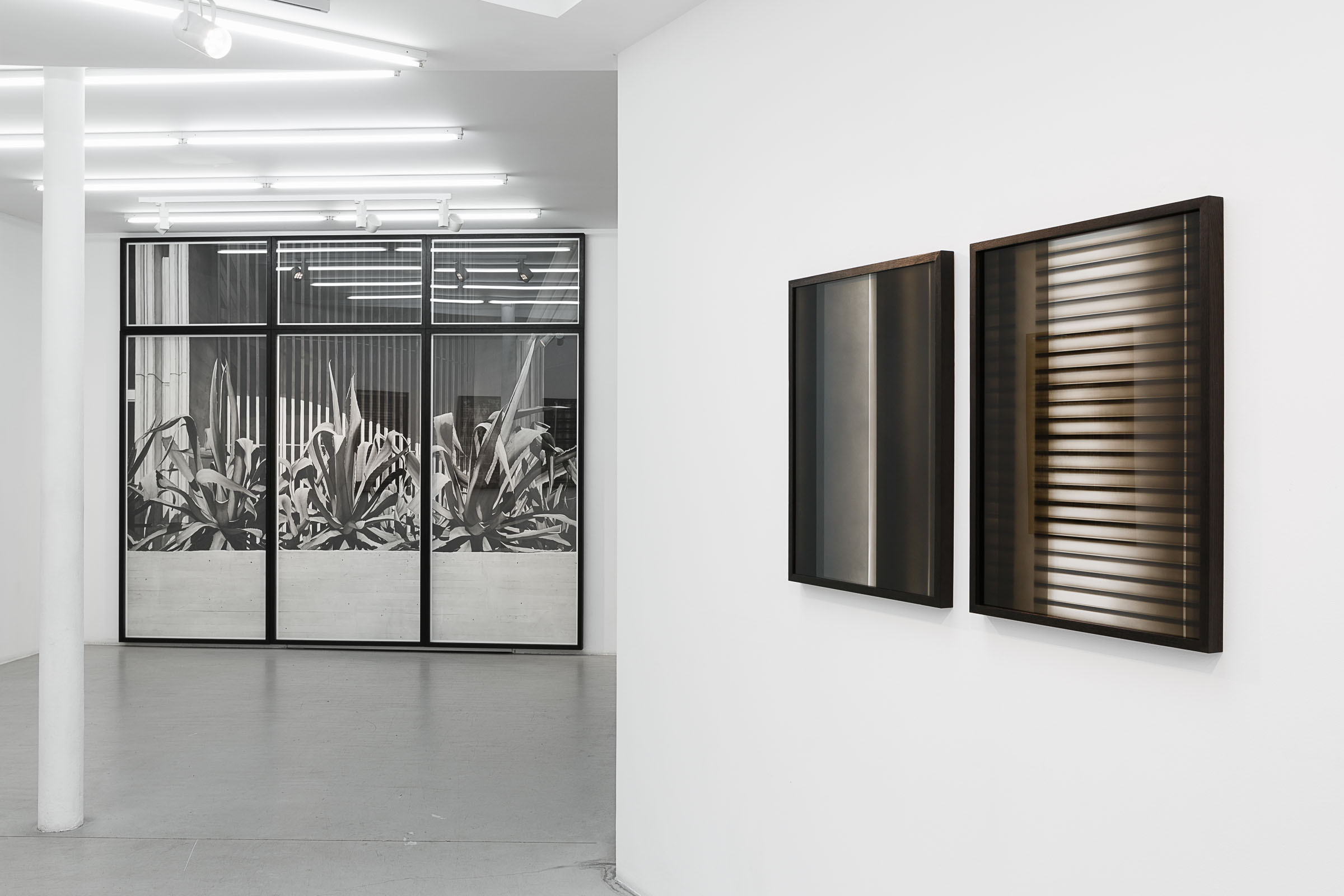 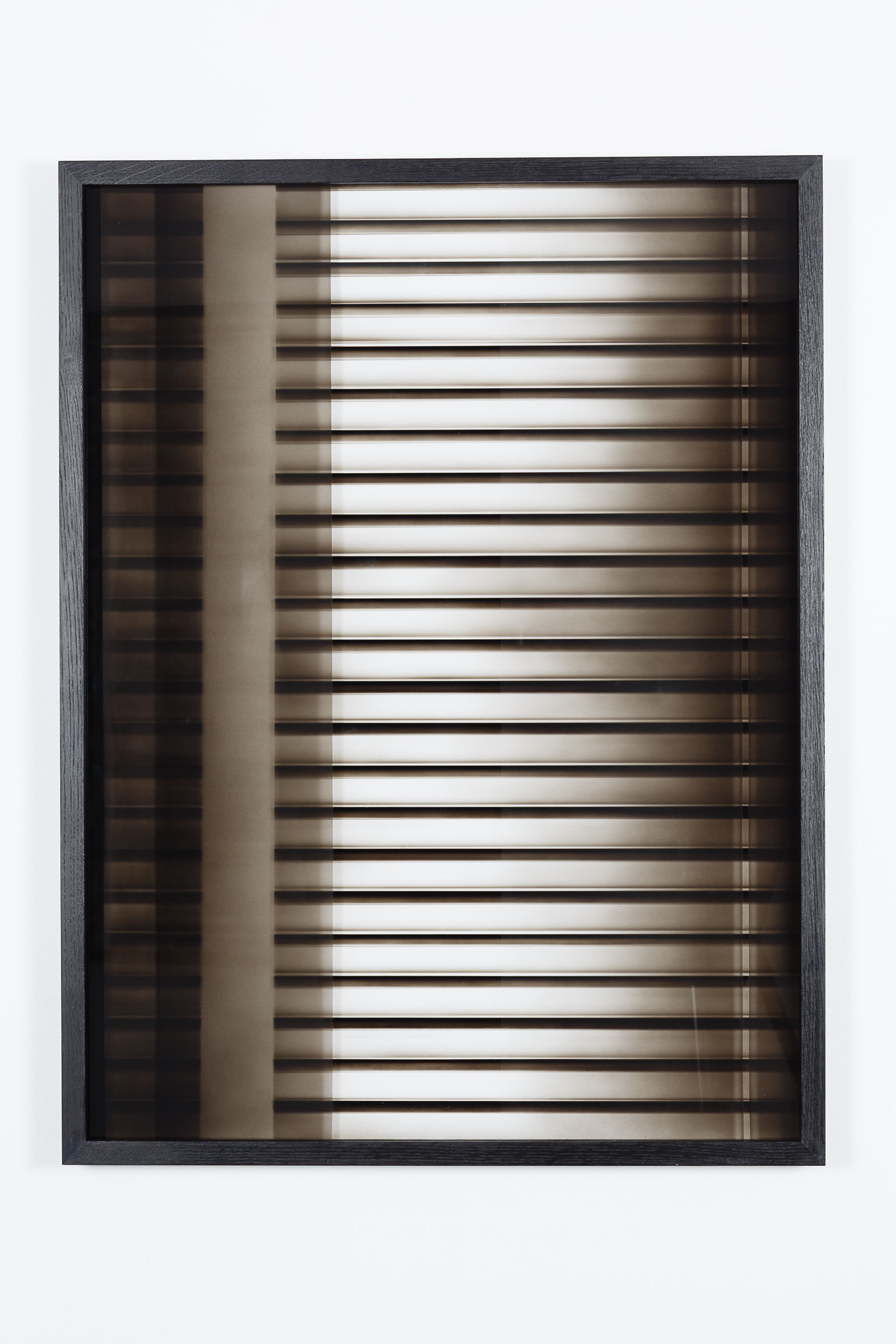 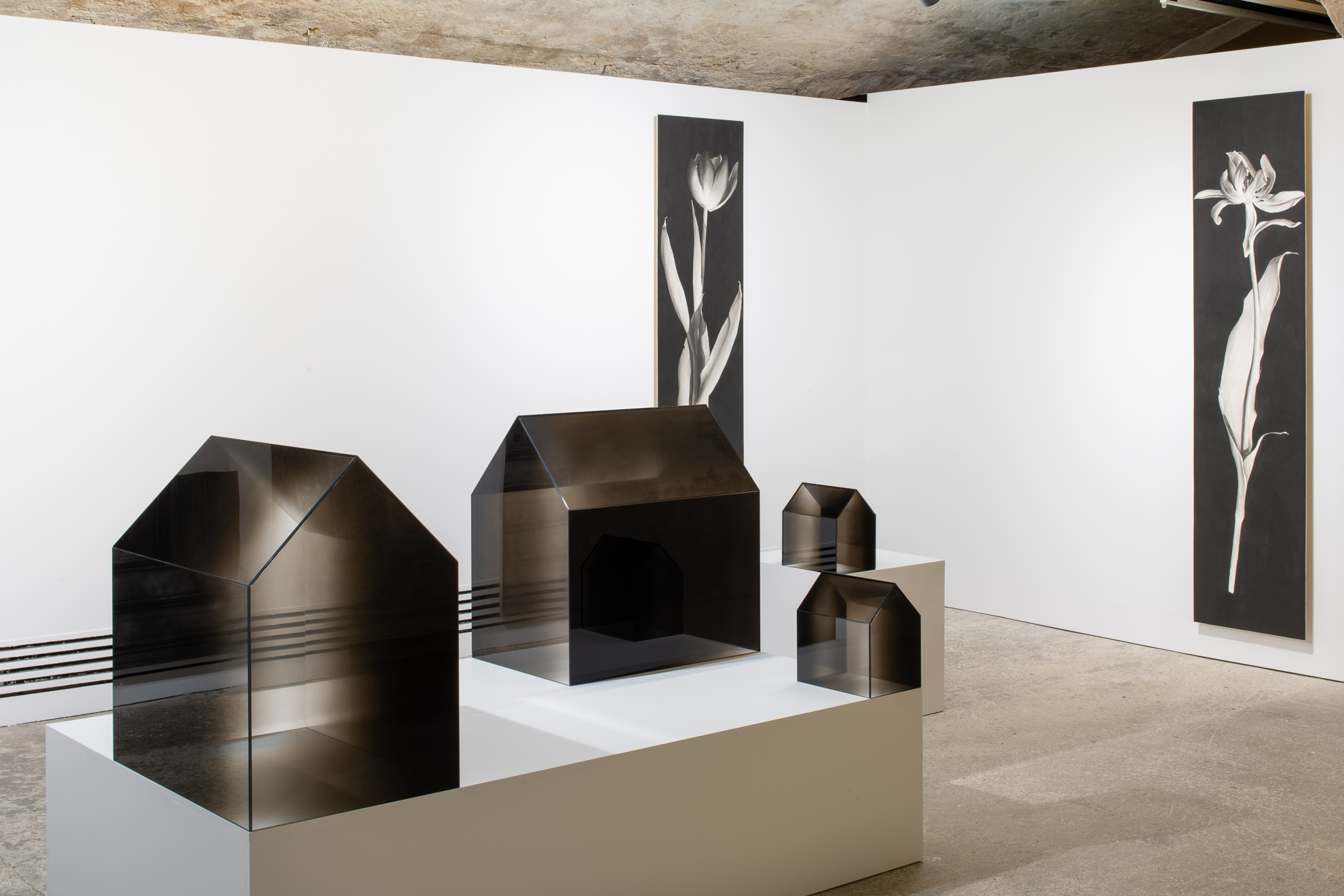 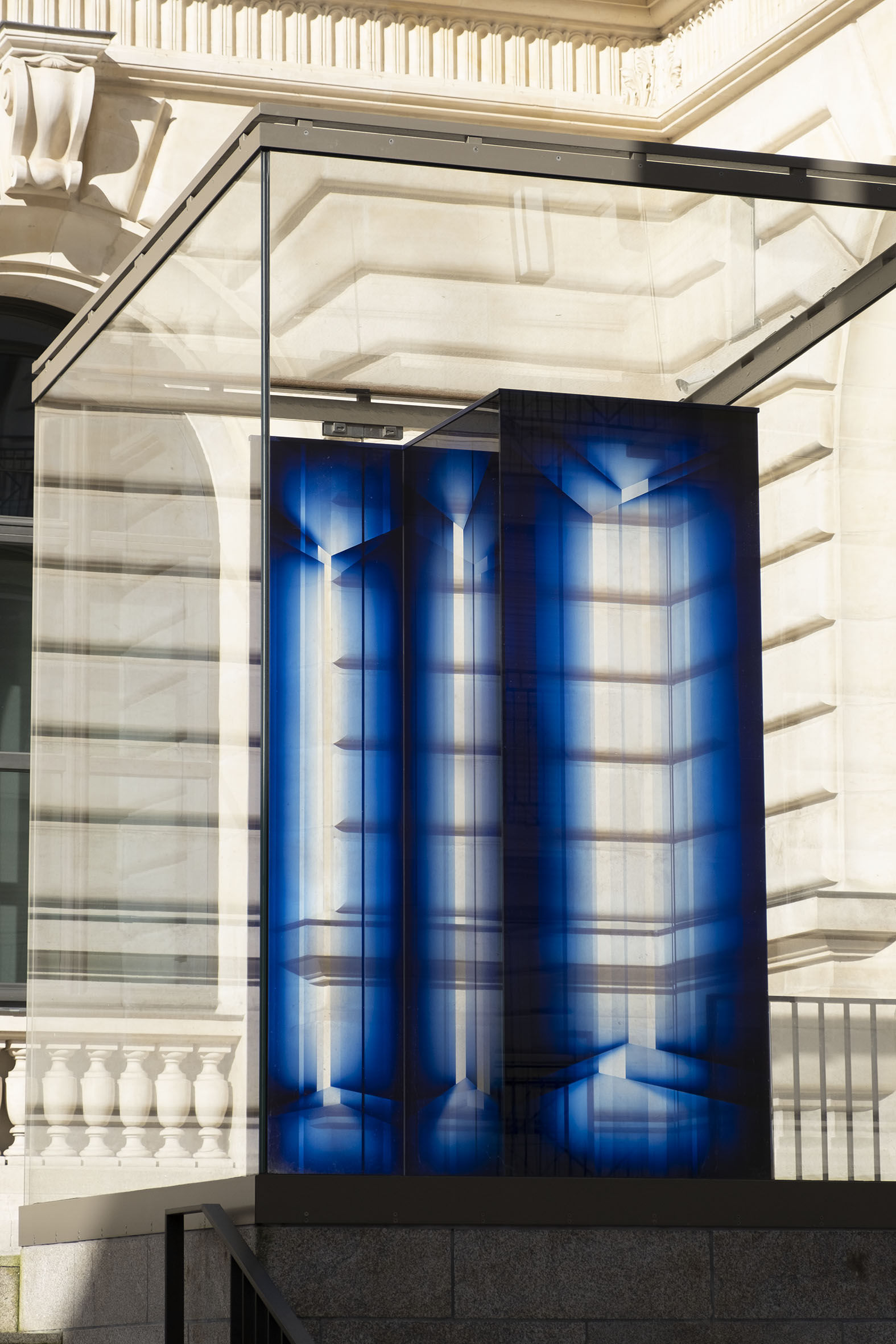 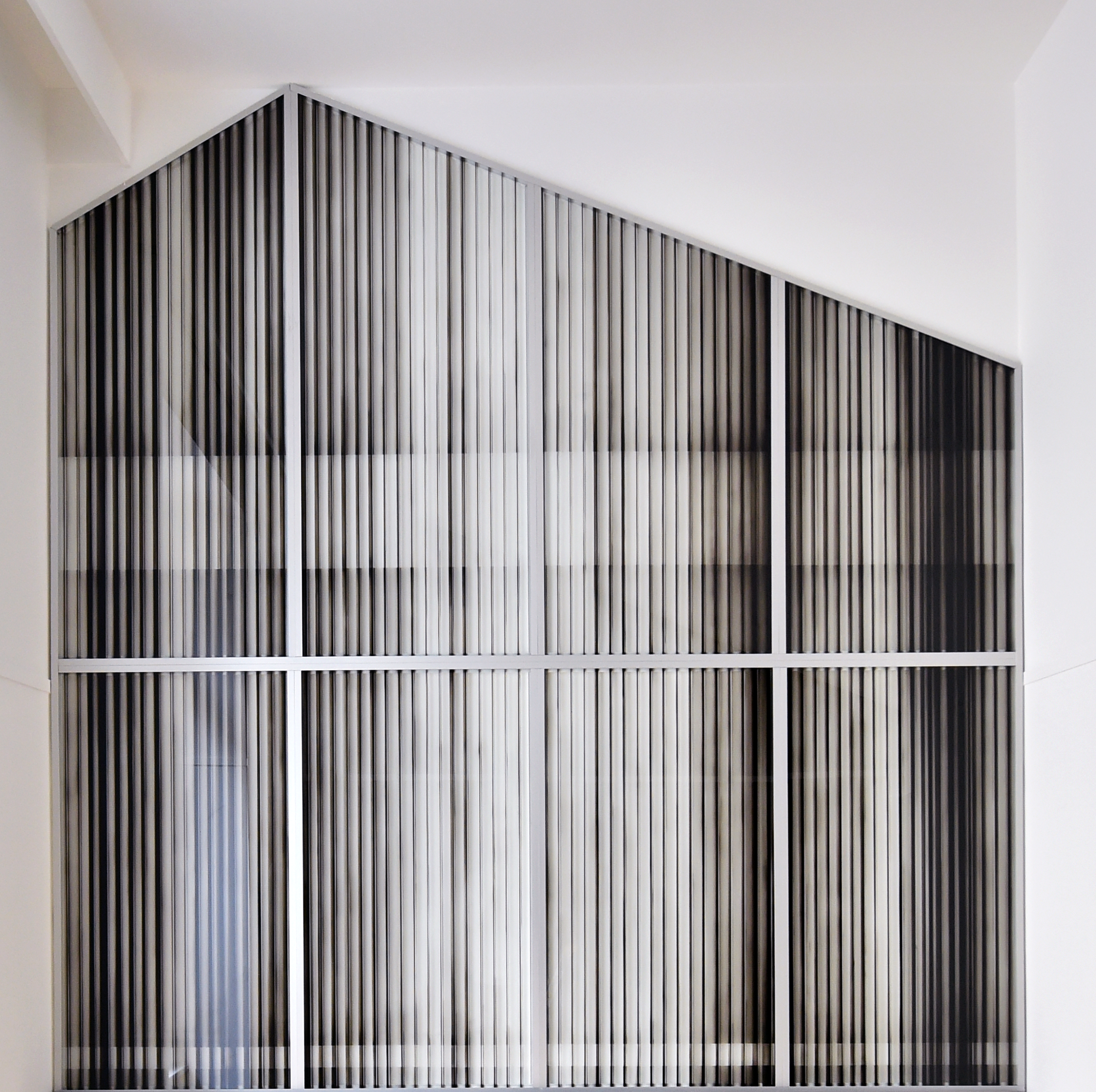 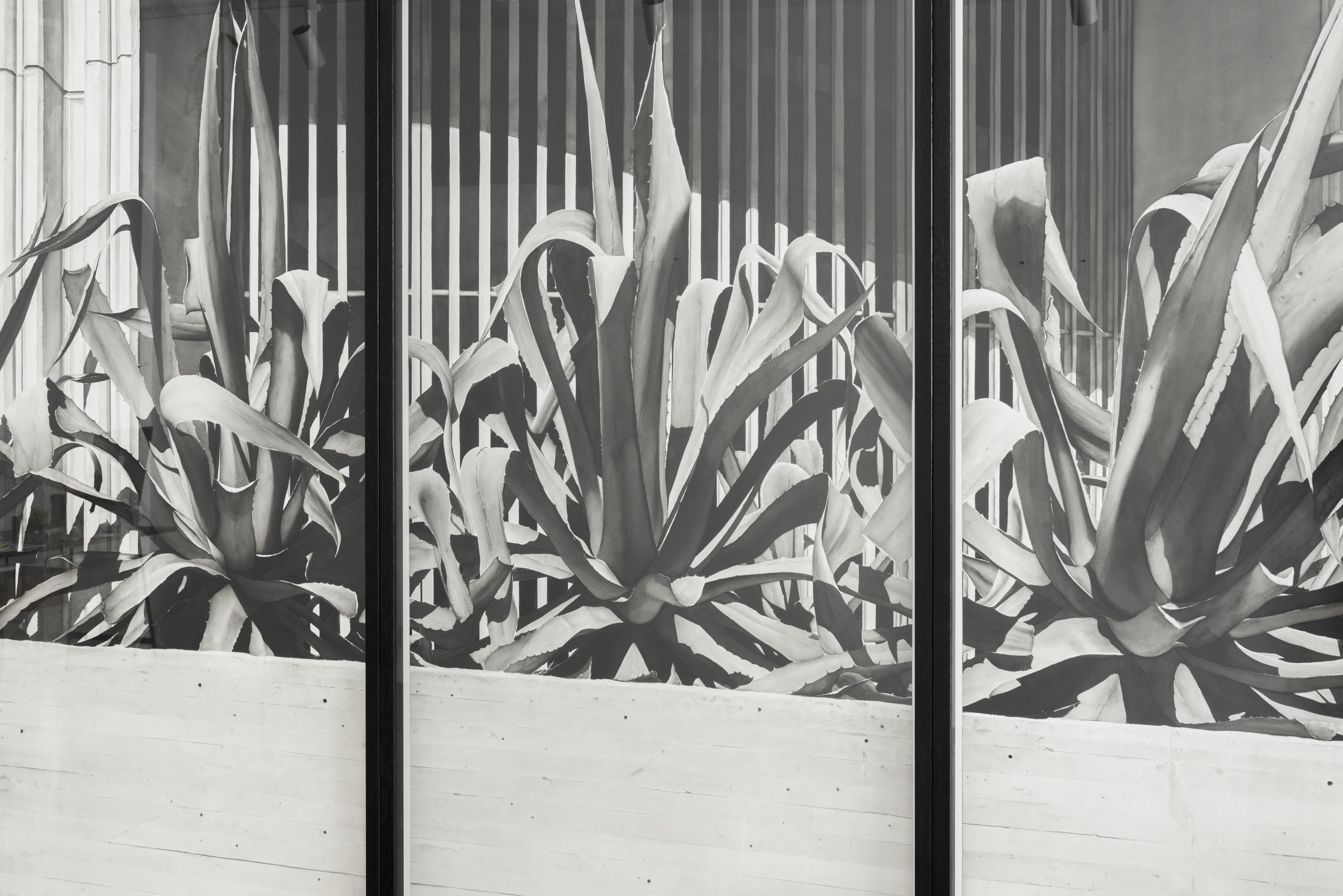 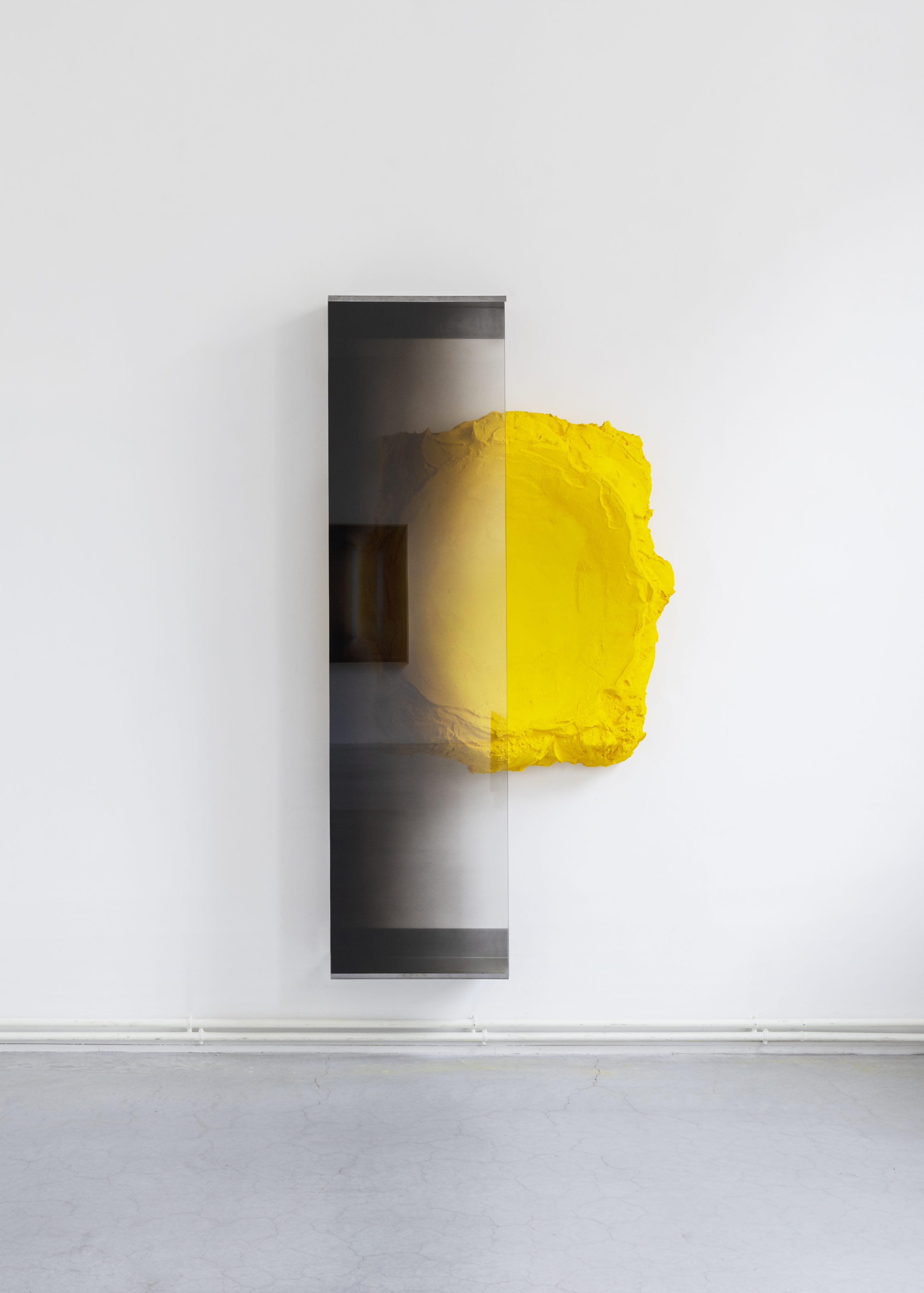 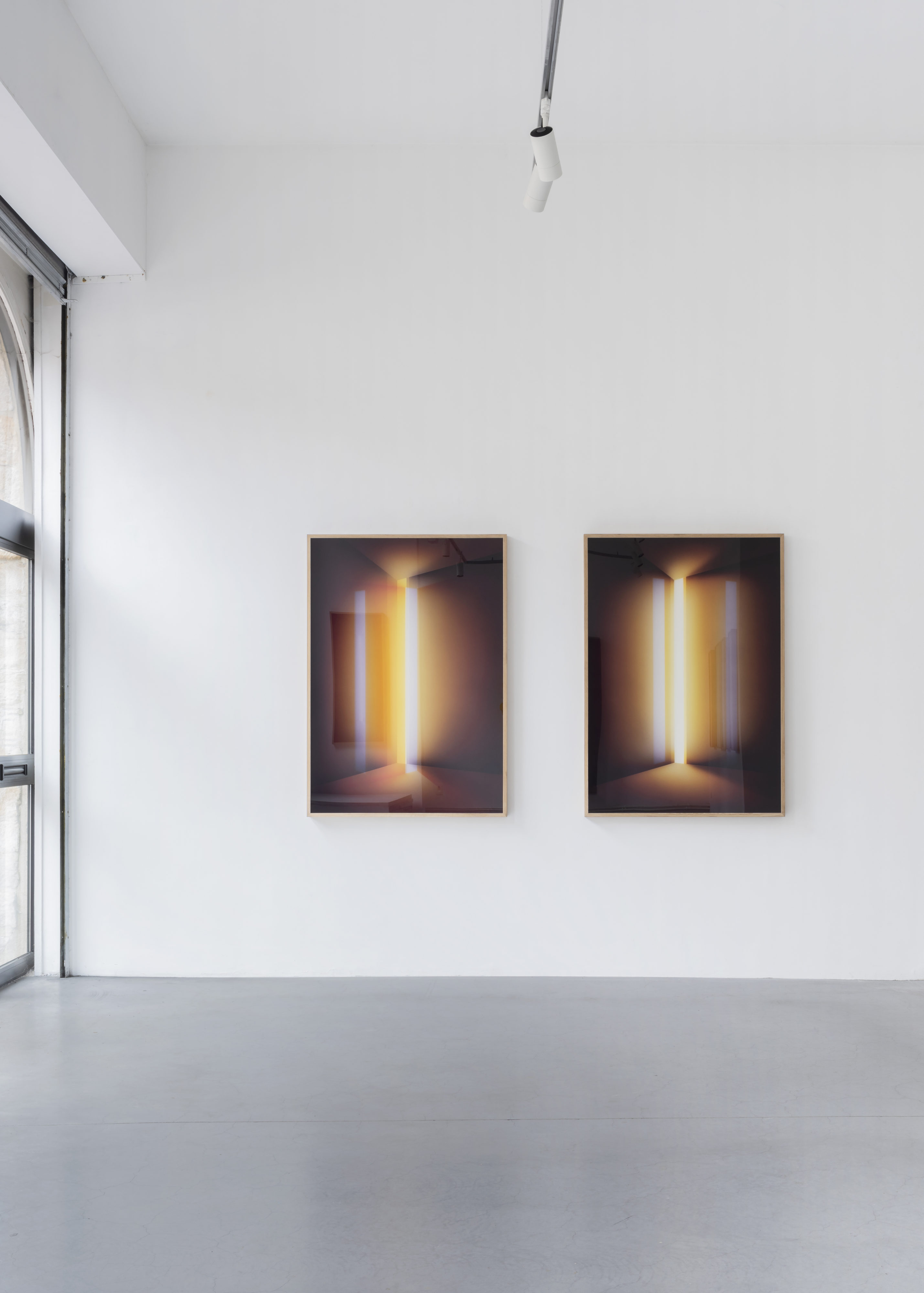 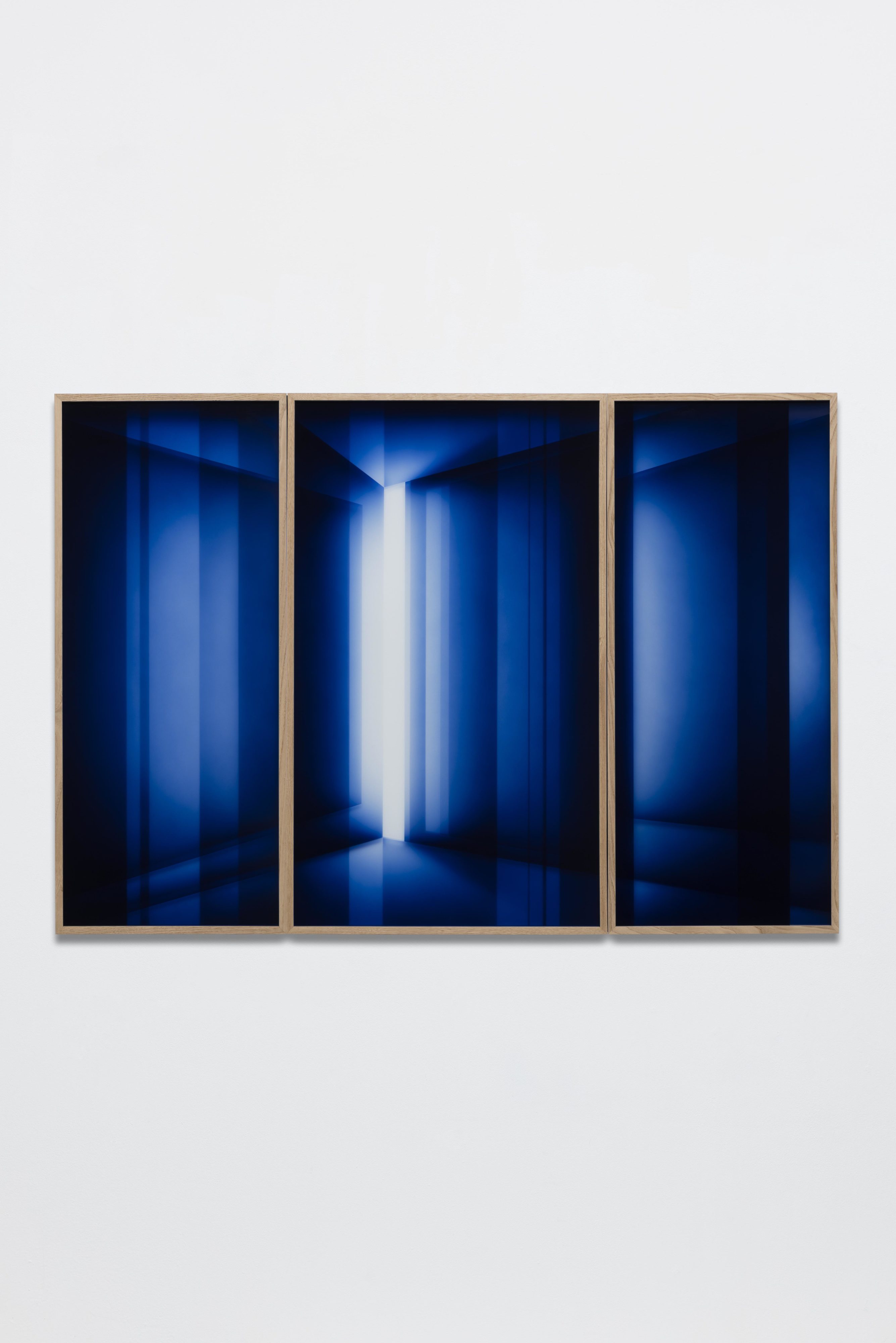 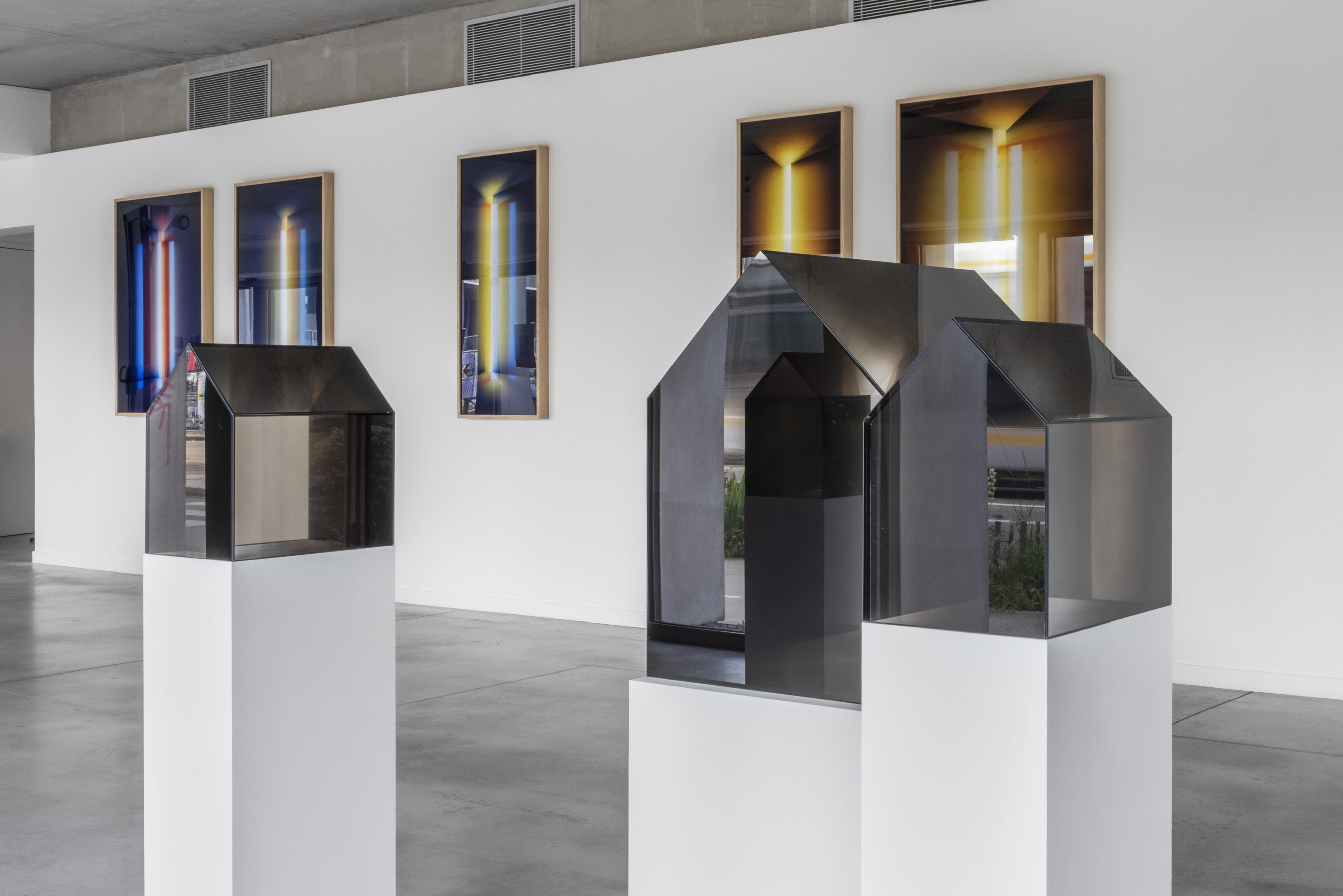